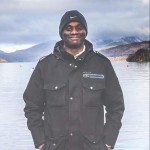 There comes a time when you have to rebuild all the indexes in a database on SQL Server, and you have to figure out a quick way of doing this. You can set up different jobs and routines to schedule the rebuild, but it is handy to have a script.

You have to rebuild indexes when you are the administrator of a database and realised it is going very slow after you have done some investigation, and you have found out that databases have not been build for a very long time (or never).

If you want a quick way to rebuild your indexes on SQL Server using a script, then use the script below.

This script will find all the indexes within a database and rebuild them. You can change the script if you like to add ONLINE rebuilding if you want your tables to be accessible through the rebuild. I have used this index rebuild many times to speed up the process of fixing performance related problem within a database when you know that there has not been a proper maintenance plan set up for the database.

I would try this script out in a development environment first just to make sure you are happy with the performance because it will have a performance hit on your server when this is running. It may also take a while to run the script as this is dependant on how big your tables are and how many indexes you have.

Why not try it and give it a go to see if it works for you?

Please leave a comment below if this script to rebuild your indexes work or what improvements you could do to it.

One thought on “Rebuilding Indexes Using A Script On SQL Server”

Getting Started in SQL Server